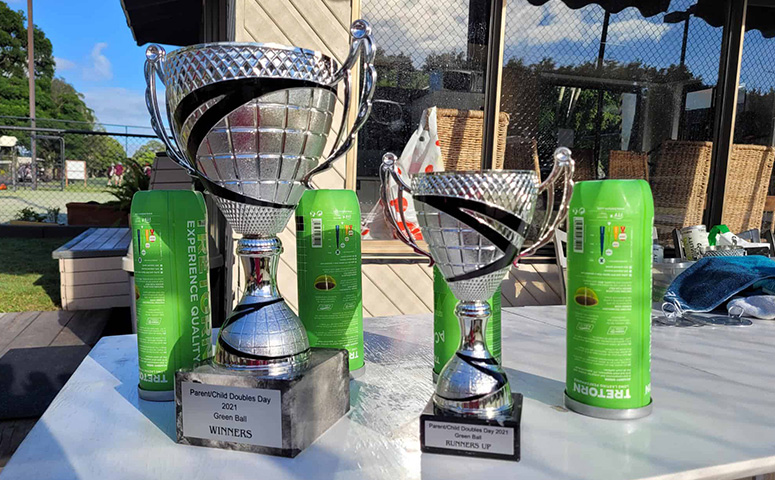 The event was held at the quaint venue Surfers Paradise Tennis & Fitness,  at Clear Island Waters. It was a spectacular day where the sun was shining on us after the wet weather that has engulfed the Gold Coast of late.

We had an awesome turn out of 10 teams in green ball. All the matches were played in the right spirit, and all the green ball kids had a blast challenging the adults, and on occasions beating them. It was great to see such good sportsmanship across the board.

After a great morning the green ball event was won by Shanya and Rael Kirschner, congratulations.

The afternoon saw another 12 excited teams competing in the yellow ball draw. This afternoon session was hotly contested, with many of the parents and kids playing some unbelievable rallies and matches.

The bar was definitely raised and it was highly competitive. After a tense set of semi finals, the final was even tighter. The final was played between Kai and Kevin Nissen and Angus and Stewart Nipperess, and it was played at a high level.

There can only be 1 victor, Kai and Kevin Nissen, took home the spoils.

We would like to thank the following, Steve and Peta Starr and their staff for a fantastic day at their venue, all the kids for giving it a go and to all those parents, who regardless of tennis ability had a go, and especially those parents who played in both divisions, well done.

Also a massive thanks to coach Carmel for her help and assistance, in making the event run smoothly.