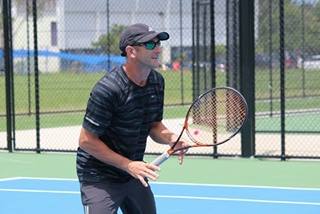 Nathan has been involved with tennis from 9 years of age, growing up and playing the local fixtures competition and playing local tournaments. Even today Nathan is active in the Tennis community as he still plays at the highest level Adult competition on the Gold Coast and is also competing in the major 35 and over National Seniors Tournaments within Australia.

In 2016, Nathan and his mixed doubles partner won their way through qualifying for Tennis Australia’s ‘Win a Wildcard’ event at the Australian Open. He is very passionate about the growth and development of all of his players as well as Tennis on the Gold Coast.